Services
About
Careers
Insights
Our work 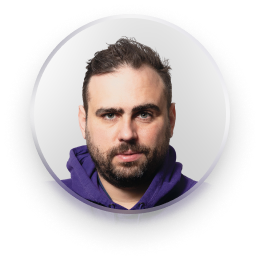 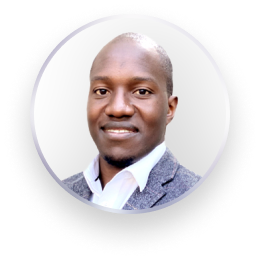 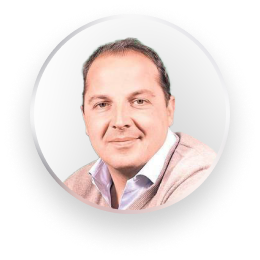 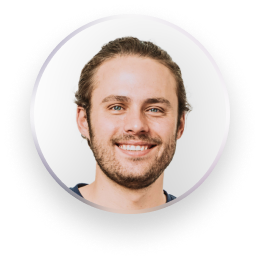 The 7 Low-Code Tools Every Founder Needs To Know 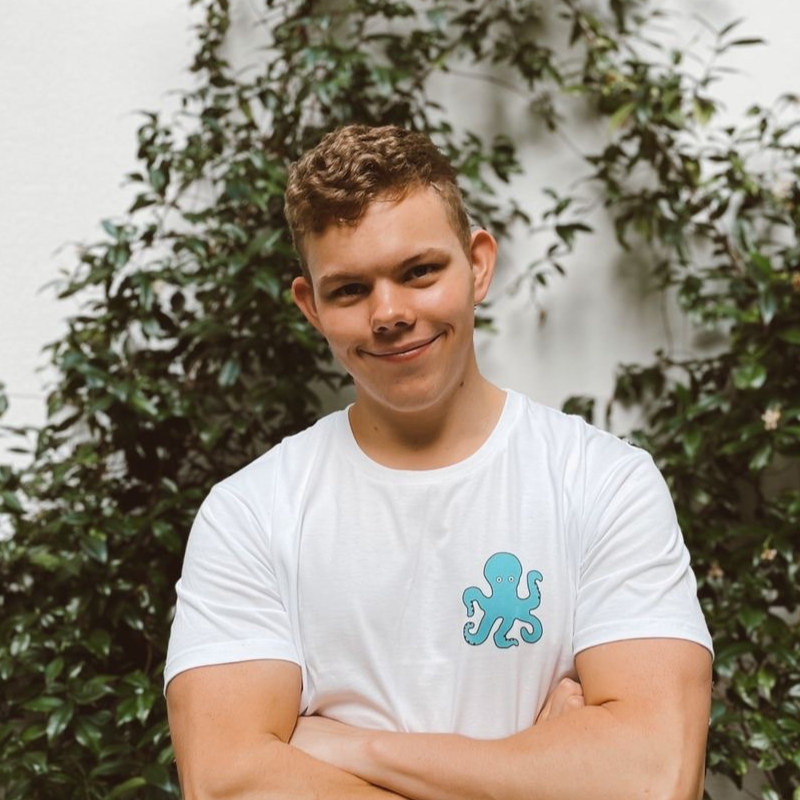 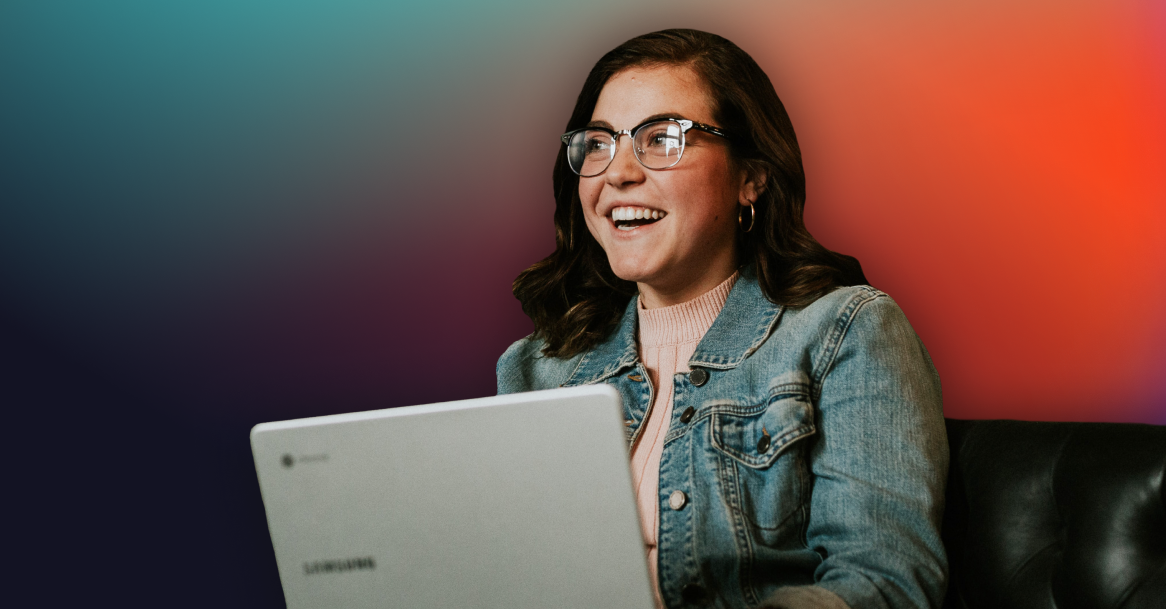 The seismic shift to low- and no-code

Low-code has been around for longer than most think. In fact, as early as 2011, research firms and advocates of the agile movement expressed a need for ‘test-and-learn’ tools that would allow developers to spin up products extremely quickly and put them in front of customers, reusing common components from other projects.

A year later, Bubble launched, allowing people to build web applications through ‘visual programming’ i.e. dragging and dropping elements to create logic, workflows, and UI components, instead of writing any code. They were shortly followed by Webflow in 2013, which allowed people to create beautiful websites with visual programming as well.

But what is the hype around these applications? What is the exact distinction between no-code and low-code? And what are the limits of low-code, at least at the moment?

The hype: It used to be that startups needed a technical co-founder and a tech team very early on, to be able to build their MVP. Airbnb took at least 10 months to get from ideation to the first version of the website, and in those 10 months the three co-founders spent all their savings and thousands of hours to get a basic platform up - they also sold boxes of cereal to make a living.

It was several more years before they had features like user profiles, online payments, a smart listing algorithm, booking management, reviews, an escrow system, and a mobile app.

With low-code, you can build Airbnb, with most of those features, in a day.

This is because marketplace platforms are well understood, and most low-code platforms have templates for a marketplace app. You just need to find an unmet need where supply can be matched with demand over an online marketplace, and then you can repurpose these low-code templates to your use-case, and within hours you can have an MVP up and running from which you can test, gain traction, and raise for your venture.

And it works: companies like Bloom Tech (formerly Lambda School), Makerpad, and Plato have raised dozens of millions of dollars in venture capital for products they initially built with low- or no-code platforms. Some have gone on to develop their own custom software, and some have persisted with their low-code stack.

Ultimately, you can go from pre-seed funding all the way to Series A with a good idea, great execution, and a low-code product. And in the future, perhaps some unicorns-turned-public-companies will still be running on low-code.

The terminology: By now you’ve noticed that I’ve used the terms no-code and low-code fairly interchangeably, but there is a difference:

Platforms that require some form of coding to get off the ground are quite rare (like Retool). Instead, most platforms allow quite a lot to be achieved without code (like Bubble), but then have opportunities for developers to write custom code and go deeper.

While a certain tool might be used in a no-code fashion, if you are binding several tools together to make your product, some of which are low-code, your entire ‘stack’ can be seen as low-code.

The limitations: The flexibility enabled by most low-code platforms only goes so far.

Foremost, many predominantly no-code tools don’t have templates for every common element (requiring custom code as a result), and then hide custom-code/low-code functionality behind expensive paywalls.

Secondly, you can’t fill out every gap with custom code. Many of the rules behind where custom code can exist have to be defined by the low-code company, and because it’s impossible for a company to foresee every use-case of their product, there’s a chance you’ll be unable to implement certain functionality. If this is the functionality that the next version of your product needs, you’ll be forced to try alternative low-code platforms, or go the (expensive) custom software route.

Thirdly, these tools often integrate with a lot of other popular software that you may want to integrate into your product, but sometimes the platform you’ve chosen might not have considered certain integrations yet, or might not have partnered with the companies providing the software you want to link up to.

Fourthly, whatever you have built is often hosted on servers by the low-code company, which can affect scalability when these companies are trying to service hundreds of other products that have been built off their infrastructure. If you are on a free tier you might also get the worst service. These are fairly young companies who are experiencing explosive growth, so there’s also a risk of outages which could shut down your product for some time. Is the product you have in mind something that can afford an outage?

Finally, there are some tech products whose baseline level of functionality can’t even be created with low-code. While a lot of well-understood types of tech products can now be rapidly reproduced with low-code platforms (e.g. marketplaces, eCommerce stores, internal tools, resource directories, landing pages), a lot of problems that tech teams are solving today won’t have templates for some years to come.

So, if your idea is not just a new spin on an existing technology (e.g. Airbnb for minimalists, Fiverr for handymen), and rather something radically new that very few have solved yet, then you may need a technical co-founder, or to hire a technical team, so that you can create custom software.

Despite the above, low-code tools are still wildly useful, especially if you pick the right ones.

Our favourite low- and no-code tools

Given that it’s such an emergent space, with the number of low-code startups/platforms probably numbering in the hundreds by now, choosing the one to start with is no easy feat.

Additionally, with the amount of disruption in this space, you might fear that any tool you choose could become outdated in a matter of months.

Fortunately, we’ve been curating a list of go-tos that seem to be standing the test of time. These tools range between 3 and 12 years old, are all venture-backed, and have fervent user-communities.

Most importantly, they stay relevant by continually iterating on their product, staying agile and following the principles of the movement that birthed them.

While these are the ones we most commonly use, there is an ocean of players out there. Even Big Tech has entered the space, with Google's AppSheet and Microsoft’s Power Apps - and every day you can monitor directories like Product Hunt to see the new tools coming out.

But now that you have an idea of the low-code landscape, let’s discuss the possibilities of low-code when it comes to experimenting.

You should think of building a low-code product as a form of experimentation - perhaps, even, the final validation experiment you should run before you know your business is solid.

If you read my previous post on five of the products we validated through experimentation, you might recall that some of the experiments included simple landing pages and manual Wizard of Oz or Concierge approaches. Some of these products were invalidated early on, way before anything needed to be built.

However, all of them could have been built in low-code, had we decided to go to the next level of effort and build something with the intention of getting paying customers (the final and ultimate form of validation).

Allow me to illustrate how:

We wanted to build a survey platform that allows businesses to set up a survey and then have it distributed, via WhatsApp, to an audience of low-income customers - to conduct market research on them.

‍We got quite excited by the thought of an application that would let people ‘recharge’ after a long week by giving them large discounts to a bunch of weekend-only, local experiences.

‍We worked on a gamified-donations platform that would reward people for donating to worthy causes, by entering them into prize draws.

‍We envisioned a service that would allow people to have multiple-course, fine-dining meals delivered to their doorstep in time for dinner, allowing customers to enjoy a fine-dining experience from home during the pandemic, while supporting local fine-dining chefs.

‍We designed a personalised nutrition service that would allow young customers to take a short quiz, get a recommended blend of ingredients suited to their unique circumstances, and then order a custom supplement powder containing all those ingredients, to their doorstep; with the option to resupply in a month’s time.

Now you know a whole assortment of our favourite low-code tools, and how to creatively stitch them together to build some fascinating products.

This was the last instalment in my series on experimentation. In it, we’ve covered:

When you truly understand experimentation, it makes you realise that a business you thought would take months or years to build, can be approximated in a matter of days or weeks through the wide array of experiments available to founders. Some are quick and cheap, and some a bit more hefty, but you can always figure out a sequence of experiments that bridges the gap between what is manageable today, and the polished product you want to have in the market months from now.

The moral of the story is that you can start today, and I hope my guide has convinced you of the merits of experimentation, while also equipping you with both the theory and practical tools to get started.

Even though these tools are powerful, effective, and accessible, they’re not always a walk-in-the-park to use, especially when it comes to strategically binding several of them together to build a great product.

At The Delta we’ve validated hundreds of ideas for early-stage entrepreneurs and unicorns alike, in many instances using low-code. It’s what has helped us curate a venture portfolio worth more than €5.3bn.

If you’re a founder, startup, or scaleup with a great idea for your next business, feature, or product, and are unsure about how you can get running with it today, talk to us and get a free consultation with one of our top strategists.

Validated your idea already and ready to build something? Reached the limits of low-code and need a partner to help you embark on the custom software development route? Explore how we take ideas through design, development, and then eventually launch them to the market and scale them.

How to Validate Your Startup in 2022

The definitive guide for founders to build a lean startup. 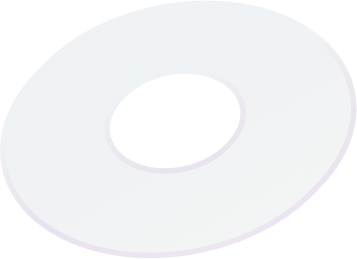 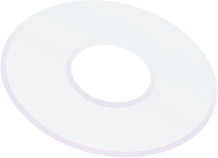 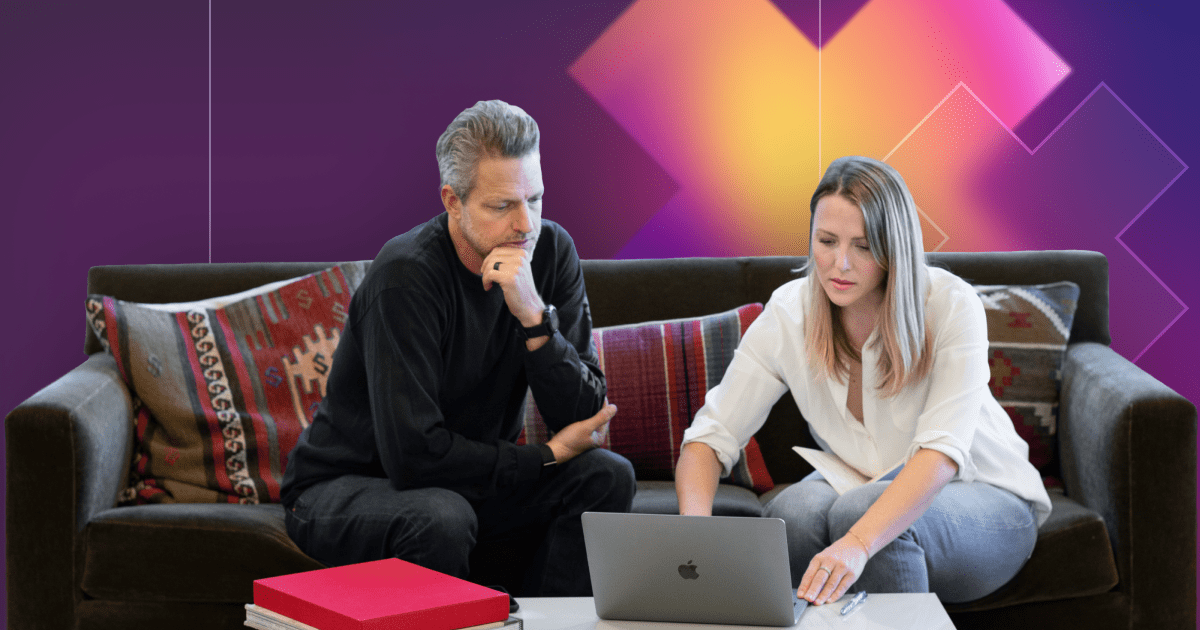 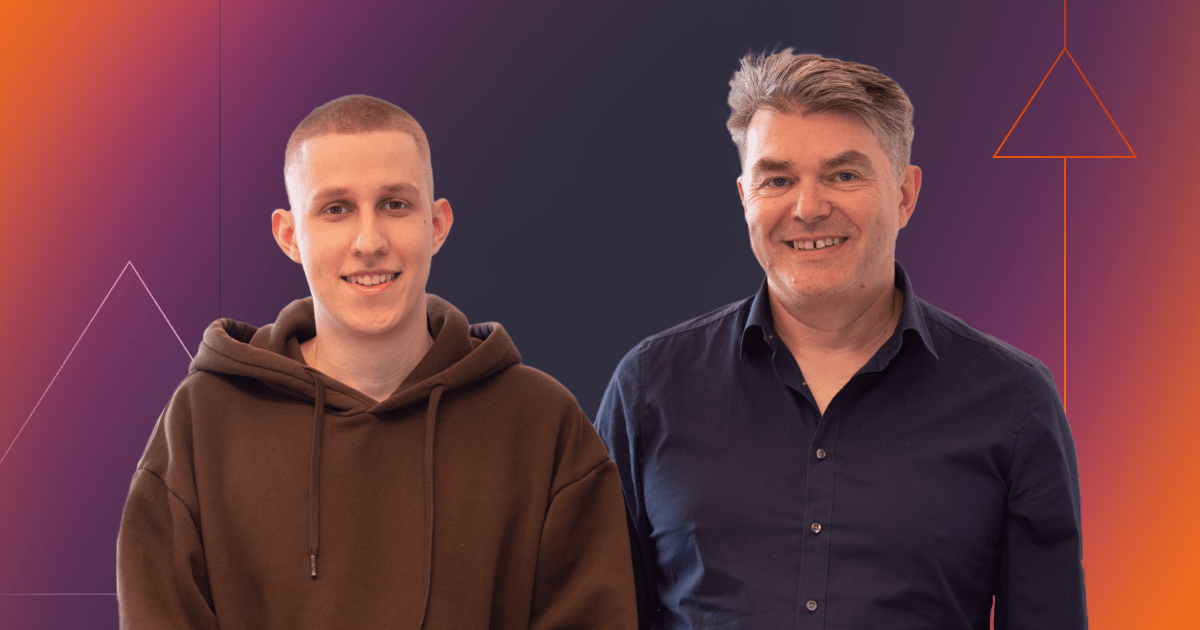 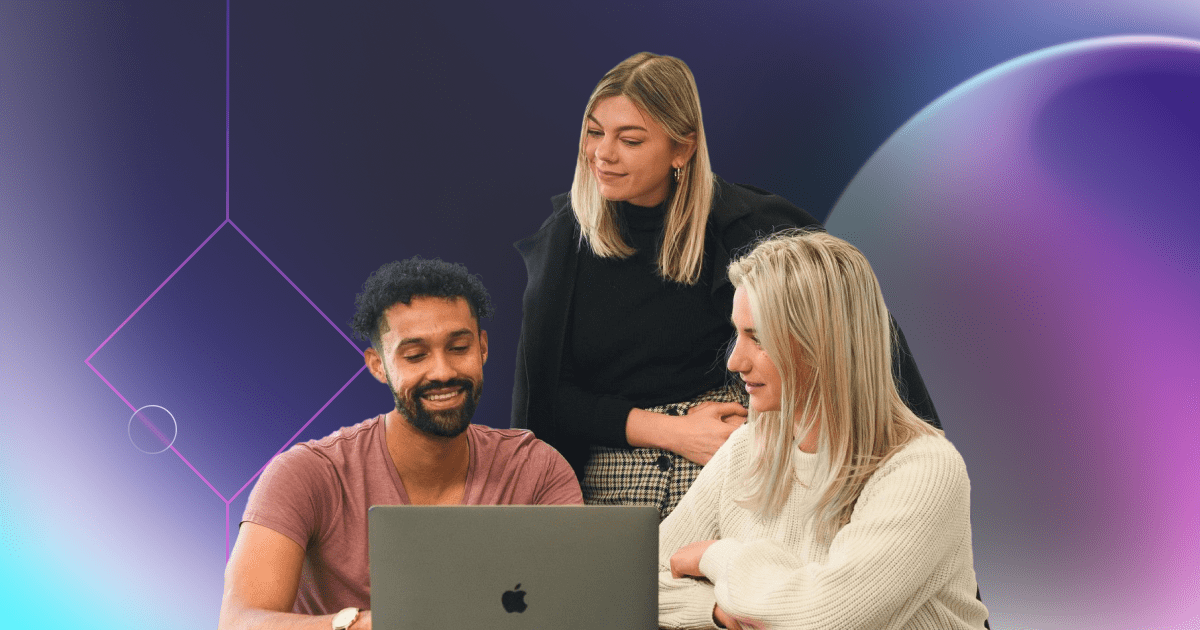 Validation
August 2, 2022
5 Case Studies of Startups Who Either Killed Themselves or Carried On | Experimentation Series
Read more